a story from Darren Tapp

Gravel, new roads, all road...whatever you want to call it, it's the next big thing in cycling. Sure you all know what a gravel bike is by now. It's literally all over the bike industry at the moment. The new hype word in marketing spiel...GRAVEL THIS, GRAVEL THAT! Honestly though, if you don't know what a gravel bike is now, you must be hiding under a rock. It's pretty simple to explain, some would say it's a road bike with bigger tyres that are more capable off road, and others just call it a cyclocross bike. There's such a wide spectrum from racing to touring from mountain bikes to road bikes and everything in between. Wheel sizes 650b to 700c and tyre widths from 28mm all the way up to 50mm. Almost every bike brand now has a gravel bike in their line up.

Maybe my first experience on a gravel bike will make cyclists understand what it's all about. Before I moved to Northern Ireland, I lived in Devon and I was a mountain biker. The roads over in Devon are not a great place to have a road bike, far too many cars on the roads. When I moved to Co. Fermanagh 8 years ago I thought to myself, a road bike would be great around here. The roads are a lot quieter so I went out and bought a road bike. 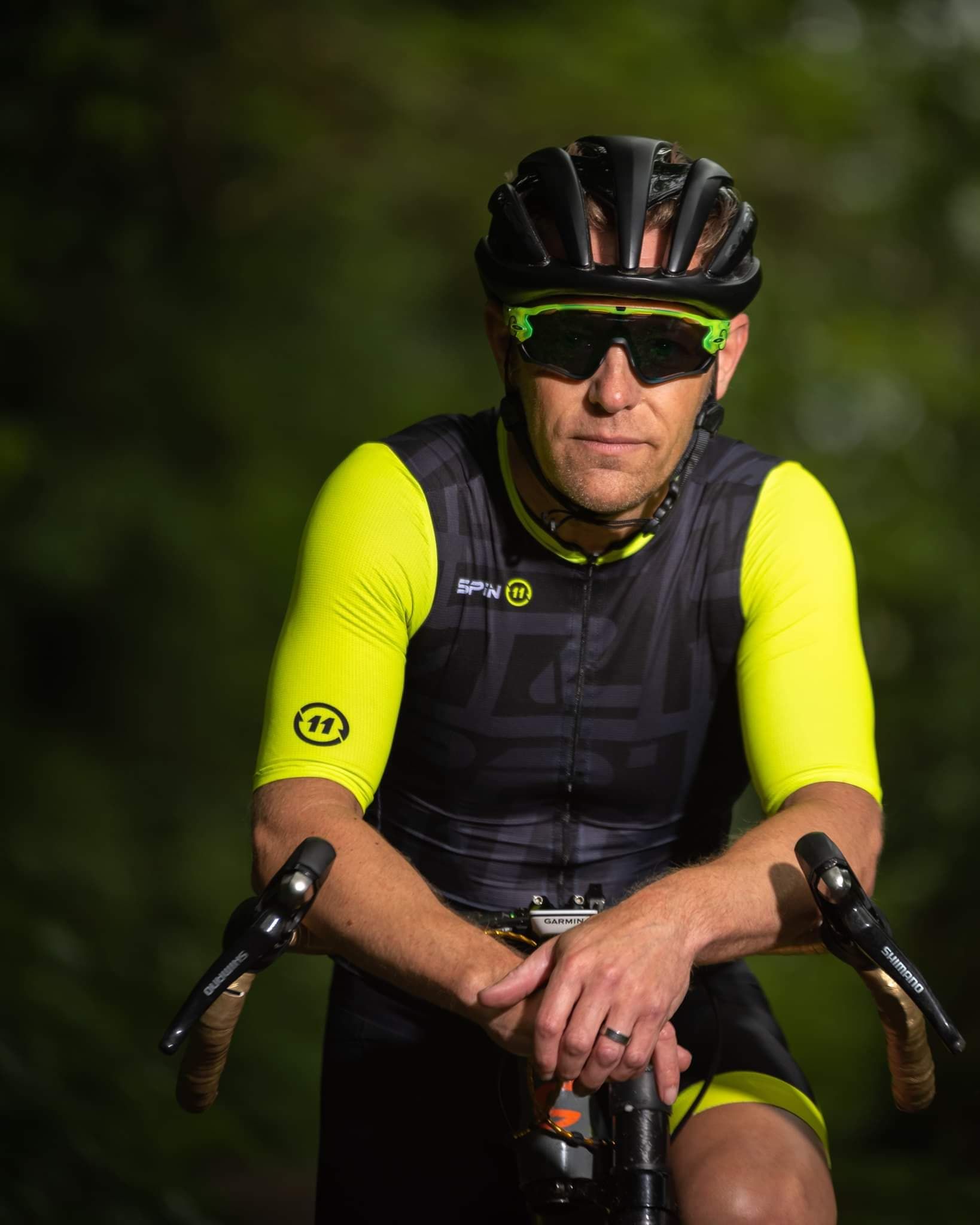 After about 4 years of enjoying my road bike and becoming Lakeland CC club champion in 2016, I became quite bored of the same old roads. Every time I was out on my road bike I was seeking more of these gravel roads and tracks leading into the woods. I started heading down some of the gravel roads on my racing bike with 23mm tyres but it just felt so wrong. I had noticed a new breed of bikes starting to appear all over the place. The Gravel Bike!

After a good search on Google maps of Co. Fermanagh forestry and gravel roads, it became very clear to me what my next bike of choice would be. After 6 months of looking up gravel bikes, I purchased a Cannondale Slate gravel bike. It's a rather odd looking bike, with a single sided lefty suspension fork and the 650b wheels with big balloon tyres. I was really curious as to what it would be like on the road and off it. I had a route mapped out, Spin11 kit on and off I headed for the hills.

The first thing that took me by surprise was how fast it was on the road, a lot faster than it looked. Then hitting my first bit of off road was so much fun. It's an odd feeling being on the drops and hammering down a bumpy woodland track. I stopped to see if I was on the right route but I wasn't too sure of where I was. One thing I did know was I was in the middle of the woods and not a soul in sight, just me and this odd bike, and I knew then this gravel bike thing was for me.

I sat there on my bike for a couple of minutes smiling to myself thinking this is awesome. Why had I not gotten a gravel bike sooner? So many roads less travelled to explore and so many Instagram photos to be taken...lol. The feeling of being so far away from everyone and everything is quite amazing. Back to my ride and heading off down through the woods I hit some awesome single track and too soon I was back out on the open road again at the bottom.
I spun my bike around and headed straight back into the woods. This off road riding is awesome fun, I had forgotten how much fun riding off road can be. Headed straight up this off road bumpy loose climb as fast as I could, this gravel bike thing is so much fun on the road but even better off it. 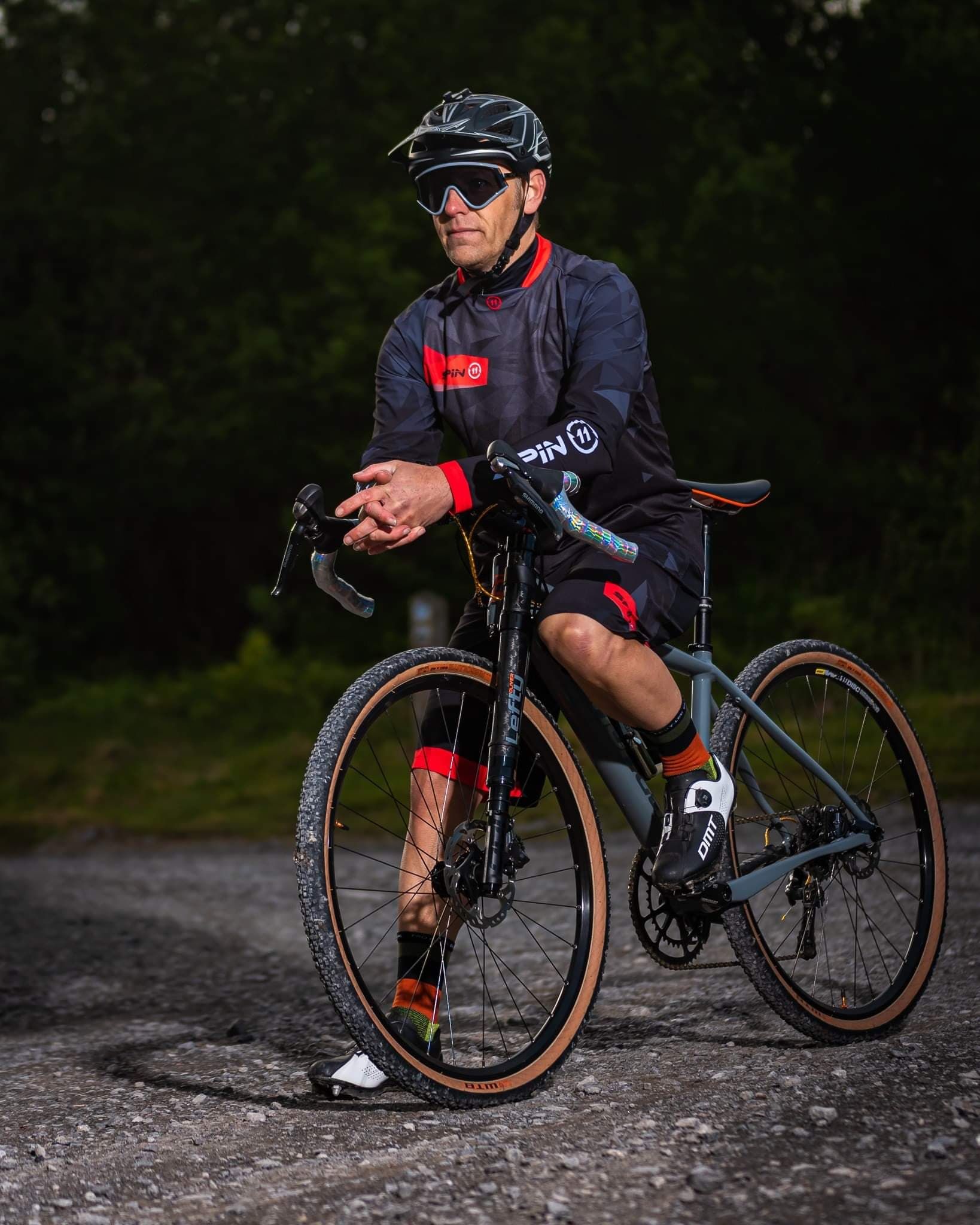 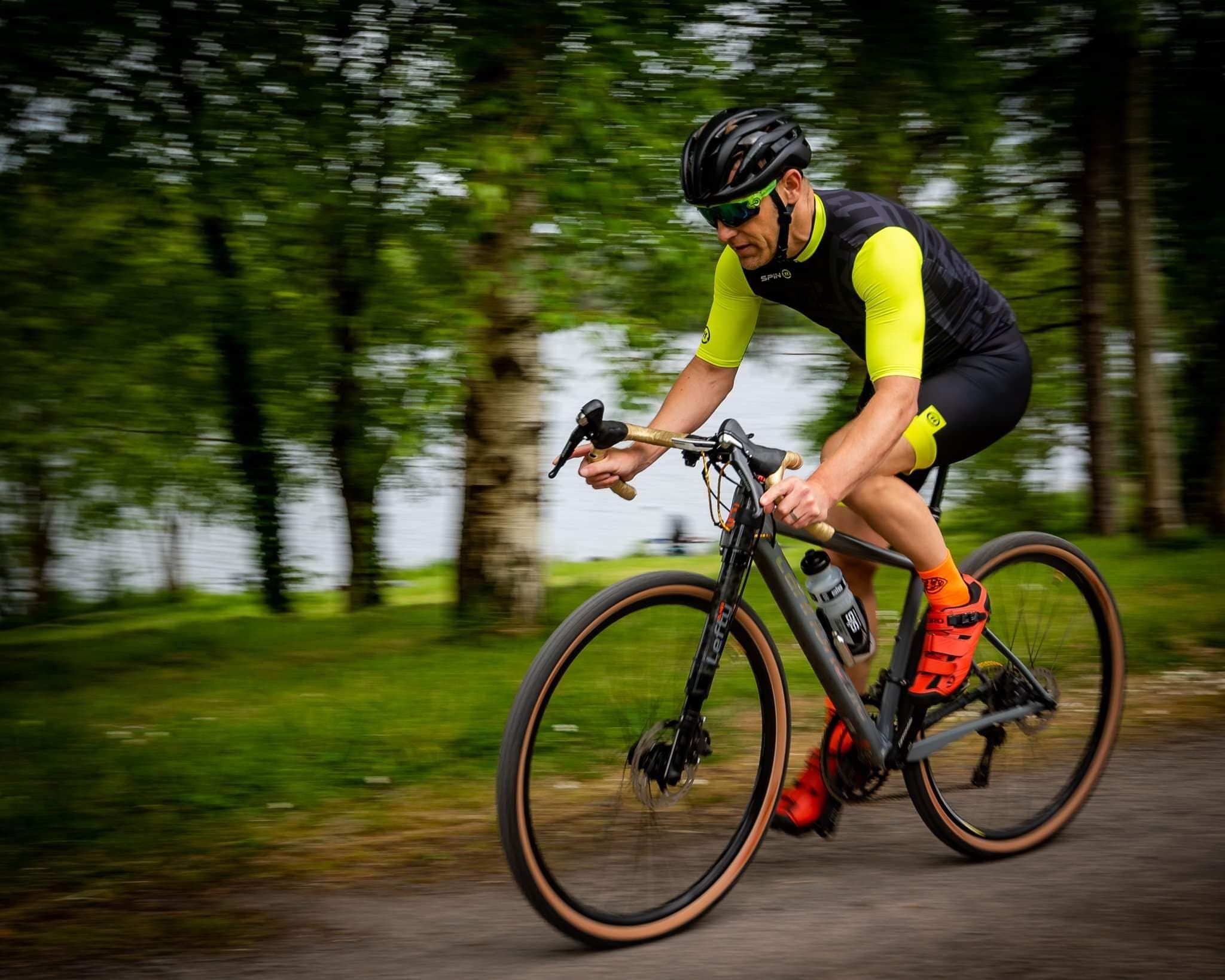 Out of breath as I hit the top of the woodland climb, with an eerie silence and nothing around, the sun beating through the trees and deer and red squirrels running from under my 650b wheel. I headed along some old farm track back out onto the tarmac road, back to normality. The grin on my face said it all. I was hooked in less than 10 miles. Now at the bottom of a road climb I know so well from my road bike, I hammer up the hill knowing it's a strava KOM segment. Head down on the drops and blasting hard, I'm hopeful of a time close to the one I set on my road bike. Heading back home and looking and looking at my shadow dancing in the hedge next to me, still with the biggest grin on my face which I still have on my face to this day. Upload my first gravel ride to find I have taken two strava KOM's. One off road climb in the woods, and one road climb (beating my road bike time by a good 20 seconds)

Gravel is the future, heading out into the unknown away from cars and people is an awesome experience, just you against the elements. Spotting animals all over the place and most amazing views across valleys and woodlands, and always being on the look out for that amazing photo opportunity. All roads are all perfect for a gravel bike and it doesn't feel out of place on either off/on and with roads nowadays getting so bad with potholes etc it's making more sense.

I'm now 8,000 gravel miles strong and my passion for gravel bikes is growing with each and every ride. I want more cyclists to experience the feeling of being out out and not just out. Maybe people should give 'The Lakeland Gravel Grinder' (Ireland's first gravel sportive) a try.

10th of October 2020 and surely is an amazing place to be on a gravel bike. The only downside to this gravel thing is your road bike will never get ridden again...lolThanks folks...@daz_the_cyclist

ELITE SPORT AND A MASTERS

The Juggling Act from Maddy Henderson